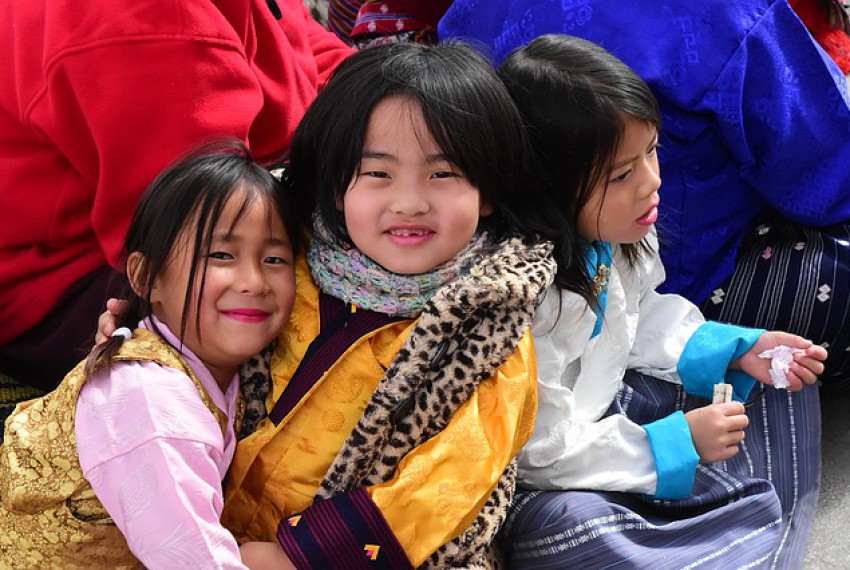 Bhutan Tours with a small-group cultural and adventure tour. Our local guides will take you to Bhutan's Thimphu, Tiger's Nest Monastery, Paro, Chomolhari and more places.
All of the Bhutan Tours in this website have been designed with flexibility in mind. Your itinerary and requests are most welcome and departures are never fixed. All tours are customizable tour. You can add or reduce the days as per your time availability.
Any time please feel free to contact us, so that we can custom tailor a trip for you.

Day 01: Arrive Paro (By Druk Air flight)
Your Guide will receive you at the airport and drive you the short distance to the hotel. After Tea, drive to the ruins of the Drukgyal Dzong, built in 1647 by the Great Shabdrung Ngawang Namgyal, father and unifier of medieval Bhutan, the dzong was destroyed by accidental fire and left in ruins as an evocative reminder of the great victories it was built to commemorate. Explore the ramparts and on a clear day experience an unforgettable view of Mt. Jhomolhari (7,314 m). On the way back, visit Kichu Lhakhang, built in 659 A.D by the Tibetan king Srongsen Gampo. This Monastery is one of the 108 monasteries built across the Himalayan region by the Tibetan King to subdue the Demoness that lay across the Himalayan region. The rest of the monasteries lie in other neighboring countries. Dinner and over night in Hotel.

Day 02: Paro, Excursion to Taktsang Monastery
After breakfast a short drive takes us to Satsam Chorten, the trail climbs through beautiful pine forest, many of the trees festooned with Spanish moss, and an occasional grove of fluttering prayer flags. We stop for a rest and light refreshments at the Taktsang Jakhang (cafeteria) and then walk a short distance until we see, clearly and seemingly within reach, Taktsang monastery. The primary Lhakhang was built around Guru Rimpoche's meditation cave in 1684 by the Penlop of Paro, Gyaltse Tenzin Rabgay, this incredible monastery clings to the edge of a sheer rock cliff that plunges 900 meters into the valley below. Legend has it that Guru Padmasambhava, the tantric mystic who brought Buddhism to Bhutan in 747 AD, flew here on the back of a flying tiger, Dorji Drolo, said to be his favourite consort.

After lunch,visit Ta Dzong (built in1656 and renovated in 1968), an ancient watchtower, which now houses the National Museum. Below the museum is the Rimpung Dzong (literally meaning "Heap of Jewels"), the centre of civil and religious authority in this valley, built in 1646 by Shabdrung Ngawang Namgyal. In the evening, drive to Thimphu. Over night in Hotel.

Day 03: Paro - Thimphu Sightseeing
After breakfast, visit to the National Memorial Chorten (1974) built in honour of our late King Jigme Dorji Wangchuk and the Dupthop Lhakhang one of the few surviving nunneries in Bhutan. We then visit the National Library, stocked with ancient Buddhist manuscripts, and the Painting School where traditional art is still kept alive through instructions in the art of painting Thangkas (sacred Buddhist religious scrolls). After lunch we drive to the Traditional Medicine Institute where medicines are prepared according to ancient practices, and to Lungtenzampa to observe the Royal silver smiths and Bhutanese paper factory at work. Other highlights include a visit to the Tashichho Dzong, seat of the national government and the Central Monastic Body, including the summer residence of the Je Khenpo (Chief Abbot of Bhutan). We finally visit the Handicrafts Emporium followed by shopping for souvenirs in the shops of Thimphu. Over night in Hotel.

Day 04: Thimphu - Punakha
(72 Kms, 3 hours drive). After breakfast, Drive to Punakha via Dochula pass. If the weather is clear, we stop for a while at Dochula pass to view Higher Himalayas. On the way, visit Chimi Lhakhang, which was built by Lama Drukpa Kuenley. He subdued the demons with his "Magical Thunder bolt". The Temple is also known as "the Temple of Fertility". In Punakha, visit Punakha Dzong built in 1637 by Shabdrung Ngawang Namgyal and is situated between Pho Chu (Male River) and Mo Chu (Female River). For many years until the time of the second king, it served as the seat of the Government. The construction of the Dzong was foretold by Guru Rimpoche, who predicted, "a person named Namgyal will arrive at a hill that looks like an elephant". There was a smaller building here called Dzong Chu (Small Dzong) that housed a statue of Buddha. It is said that Shabdrung ordered the architect, Zowe Palep, to sleep in front of the statue, while Palep was sleeping, the Shabdrung took him in his dreams to Zangtopelri and showed him the palace of Guru Rimpoche. From his vision, the architect conceived the design for the new Dzong, which in keeping with the tradition, was never committed to paper. The Dzong was named Druk Pungthang Dechen Phodrang (Palace of Great Happiness). The war materials captured during the battle with Tibetans are preserved here. Punakha is still the winter residence of Je-Khenpo and King Jigme Dorji Wangchuk convened the new national Assembly here in 1952.

Day 05: Gangtey - Thimphu
After breakfast drive to Gangtey. Enroute sightseeing in the valley of Wangdiphodrang, it includes: visit to Wangdiphodrang Dzong (from outside) built in 1638. Legend relates that as the people were searching for the site of the Dzong, four ravens were seen flying away in four directions. This was considered auspicious sign, representing the spread of Buddhist religion to the four points of the compass. The Dzong is situated at the confluence of Mo Chu and Tang Chu rivers. Drive further to Gangtey. While in Gangtey, visit Gangtey Gompa. Gyaltse Pema Thinley, the grandson and mind reincarnation of Pema Lingpa founded the Temple in 1613, and Tenzin Legpai Dhendup, the second re-incarnation, built the temple. The present Abbot, Kunzang Pema Namgyal is the ninth re-incarnation. It is a Nyingmapa monastery and is affiliated to other Nyingmapa monasteries including Tamshing in Bumthang. Explore Phobjikha valley, famous for the Black Necked Cranes during winter. After lunch, Explore the valley. Dinner and over night in Guest house.

Day 06: Thimphu - Punakha
After breakfast, drive to Thimphu. After lunch, visit Folk Heritage Museum and Excursion to Cheri Monastery. In the evening, drive to Paro. Dinner and over night in Hotel.

Day 07: Deparure
Early morning, drive to the airport and farewell. 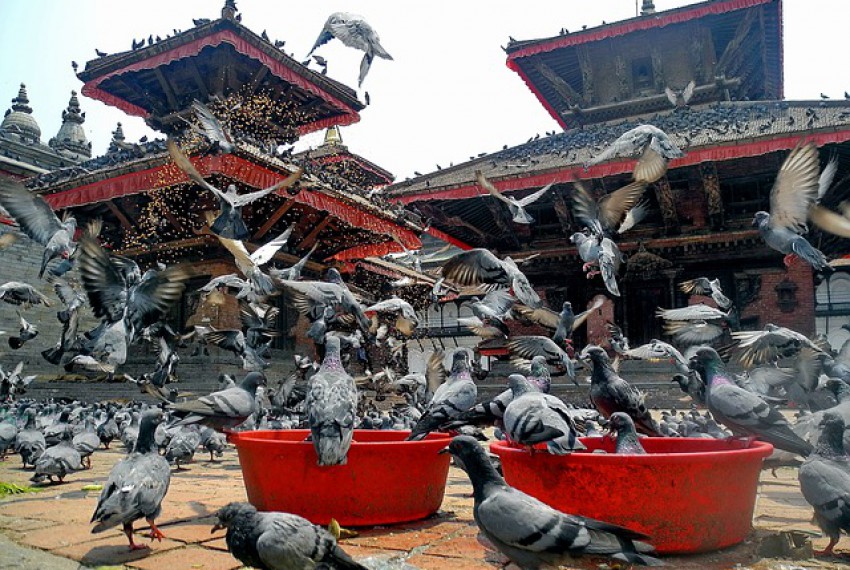 Kathmandu tour is one of the most popular sightseeing tour in Nepal. Kathmandu city is the capital city of Nepal and is... 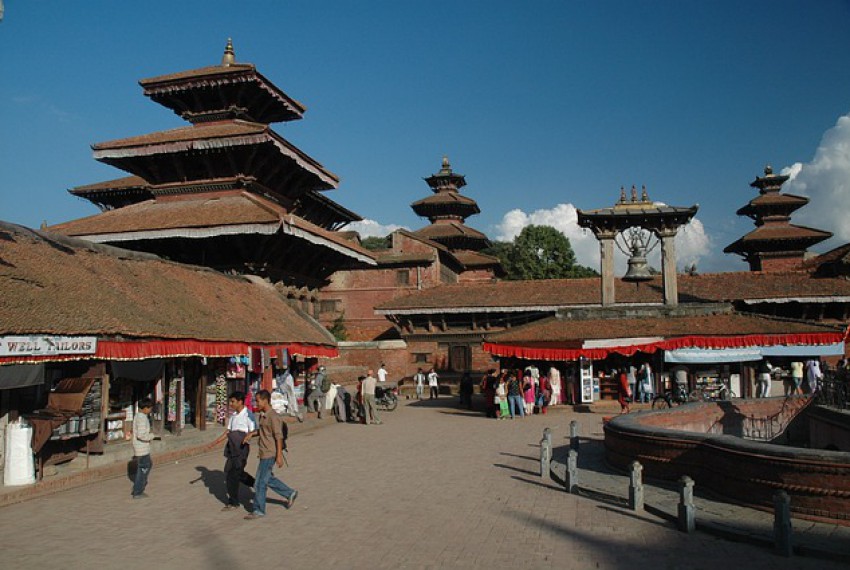 Asides from a discovery of harmony of Buddhism and Hinduism in and around the Kathmandu Valley, you are granted a chance... 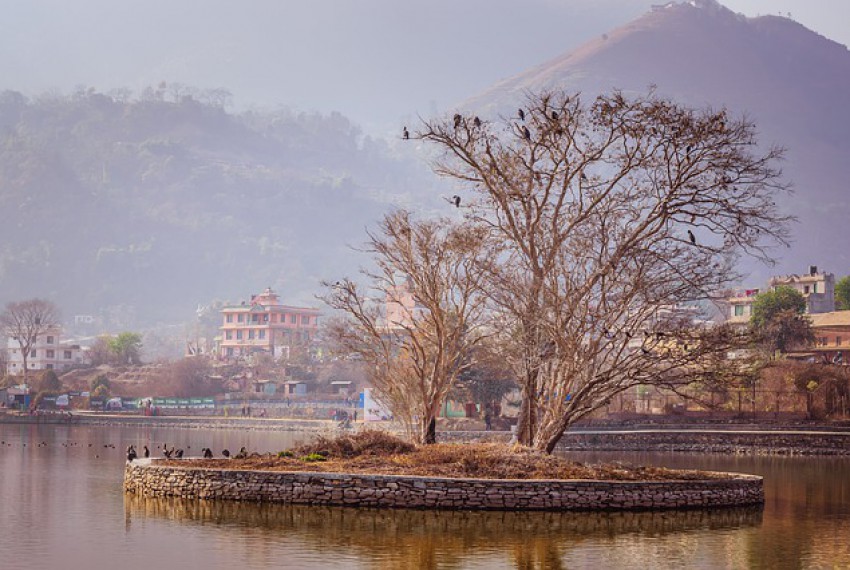 Best of Nepal tour is a customizable tour for any group of size with designed by special way to cover all the best pla... 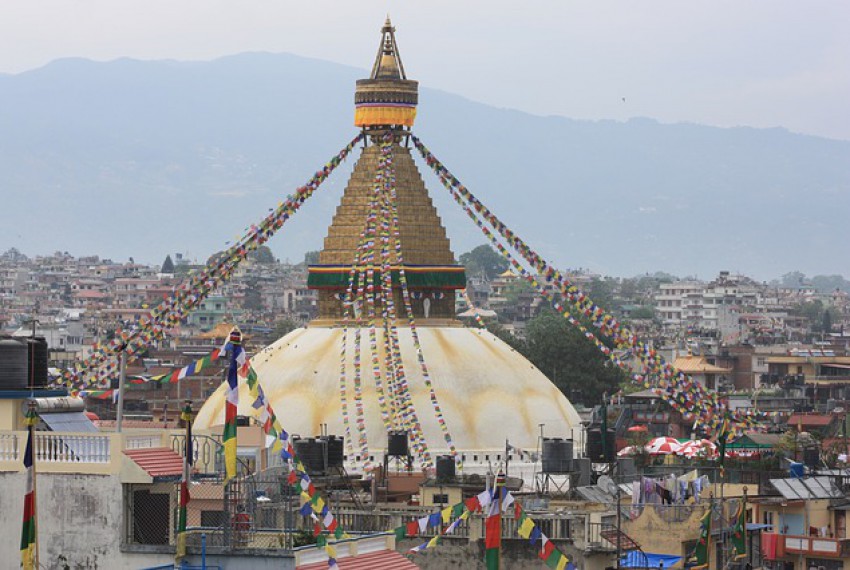 Nepal Experience Tour one of the most impressive tours in Nepal travelling from Kathmandu to the Chitwan National Park...